A year ago the wind was cruel to the 3 Amigos and failed to show in sufficient force to allow the full programme of races to be staged, luckily this year that would not be a problem with a solid 17 knots of glorious South Westerly showing on the various gadgets within Imogen’s cabin confirmed with just a short glance upwind leading to instant removal of Sombrero’s.
The club has taken well to this ‘fun’ event with 26 dinghies and the very rare sighting of a keelboat taking part this year in the hands of our Commodore and crew. It wasn’t going to be easy juggling the range of boat speeds from foiling Moth to Laser whilst attempting to run a few different courses to keep crews interested, all at an approximate 20 minute race time. Luckily for the Mexican race team everyone was very well behaved and keen to take on the challenge with no recalls noted.
For the first few races it was decided to stretch the legs of our intrepid fleet with several laps completed as the wind slowly built thus changing the approach to single lap quick turnaround racing. The Moths decided early on to play somewhere else which was a relief to the lap scorer and the general pecking order was soon established. Sausages, triangles and a soft P course were set throughout with all 7 races completed as advertised.
Now anyone that has taken part in this event will know that it soon becomes quite an endurance for both boats and crews so by race 7 there was little surprise to see only 10 dinghies left on the race course, some had taken swimming to a new level notably the Wayfarer and the Osprey of Mr Barnstable and Mr Cumberbatch who managed to part themselves from the boat to find that these boats also travel quite fast on their sides, the Musto skiff also took a dip with regularity, some just had enough and took the option of an early shower and a pint or 3.
To keep the spirits up and bodies fuelled the annual dinghy feast took place at several points in the event, this being the chance for the Mexicans to throw packets of sweets and lolly pops from Imogen to contestants whilst offering words of ‘encouragement’, this year in an Allen Welling first a pristine pork pie was accurately deposited onto the Scorpion of Jock and Andrea Fellows, and was eagerly devoured by the energy starved helm. Soon after a scotch egg arrived ready to be deployed into the Phantom of Nick Orman but risking a choking hazard to the helm the Race Officer had to intervene and eat the item himself.
At the pointy end of proceedings Rob Smith gave a master class of consistent clean sailing to win the event in his Contender whilst just behind the 2 Phantoms of Hawkes and Orman who had engaged in a 1 day match race series saw Hawkes stealing it at the death but never more than seconds apart, fantastic to watch. The Bishops were an ever present in the Laser class improving with each Allen Welling, and a special mention to the Adler’s in the Osprey for just being out there having fun, if there was a trophy for endurance alone then Stuart Barnes would surely receive this.
Our thanks go out to all the competitors for turning out to this event and for giving it everything. To Hugh and team in the rescue boat for great comms and to Nick Spicer who does so much to make these events a success. Finally, thanks to those in the galley and bar ashore who provided nourishment and hydration to the weary sailor on return.
Until next year,     ADIÒS AMIGO’S!! 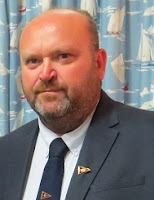 Having been given the privilege to represent our great club as Commodore i would like to say thank you to all our members, when i joined the club 5 years ago this was not something i thought i would be doing, but here we are.As i said this is a great club with breathtaking views across our world class sailing waters, but what makes this club really great is our members and it's volunteers who give up there own time to make this club work, no matter who you are and where you come from people are here to help to ensure your time on the water is a safe and happy one. And if you feel as a member you could help out more please do get in touch.All that is left to say is Happy Sailing !!!
Neil StroudCommodore
Castle Cove Sailing Club Welcomes New Members
Read more

July 16, 2020
We can now return to something like normal Club Racing, starting from this Sunday 19th July.  See Coronavirus racing information and Results